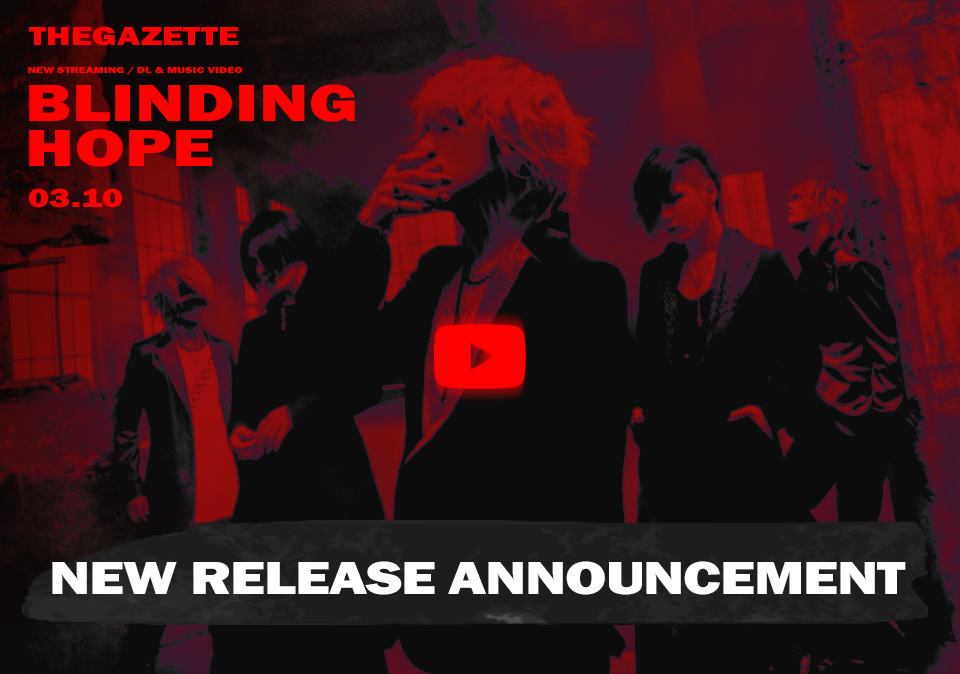 Over two and a half years after the release of their album NINTH in June of 2018 – and almost a year after the last-minute cancellation of their 18th Anniversary Live back in March due to the COVID-19 pandemic – fans have finally received their first big announcement of 2021.

On January 29, the GazettE dropped the teaser for a new music video: BLINDING HOPE, a preview song from their upcoming and long-awaited tenth studio album. While the lyrical content is still a mystery, the title itself seems to be a fitting aspiration for the new year after the difficult events of 2020 around the world.

BLINDING HOPE‘s release date of March 10th, 2021 will mark the band’s 19th anniversary. According to the official website, the song will be made available in streaming and downloadable formats.

The band’s tenth studio album, the name of which has not yet been revealed, is due to be released in May of 2021.

I already know people are going to be asking if I’ll translate this song when the music video is released. So just to get out ahead of that:

If Ruki does what he did when they released Falling and posts the official lyrics directly on their website, then I will do it as soon as I possibly can. If he doesn’t, I won’t be able to translate it until the album is released and I have a physical copy of the lyric booklet. His lyrics have a tendency to be so complex and nuanced that I don’t feel a translation done without looking at the actual words he used would be doing the song justice. So just cross your fingers!