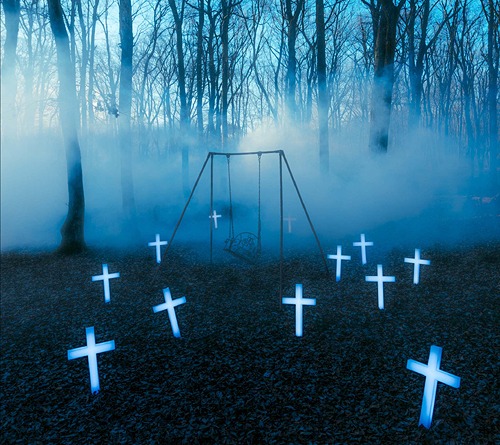 Romaji and English translation of the song D.L.N from the album NIL and the compilation album TRACES VOL.2 BALLAD BEST by the GazettE.

There was an extra verse added to the end when they re-recorded the original song for TRACES VOL.2.  This verse has now been translated; the original version from NIL simply ends after “Song of the sheep in dark long night.”  I decided against making a separate page for the NIL version of the song since nothing else was changed in the lyrics.

This is an updated version of my translation originally done in 2008.

Song of the sheep in dark long night

I keep trying to summon back the days when I could [not only] hear our footsteps but see the tracks we left
But [I know] it’s hopeless; I can’t change what tomorrow brings

Following the sound of the withering plants, I can sense the season’s end4
What will I have left when the flowers [once again] bloom in their full-colored glory?

The moon may draw the curtains5 but the sun will still shine down on me
I knew it from the beginning, so that’s why I’m not sad

When I awake and open my eyes, it’s to a never-ending night; there are no stars shining here,
And the lights that painted the streets have all gone out
But it’s enough that I was able to see the face of my beloved,
The one I want to keep safe, in the end; so I’ll be all right [I’ll be all right]

Song of the sheep in dark long night

My English lyrics have been translated into Spanish and subtitled in the video below by AndyxRRRx. Thank you!