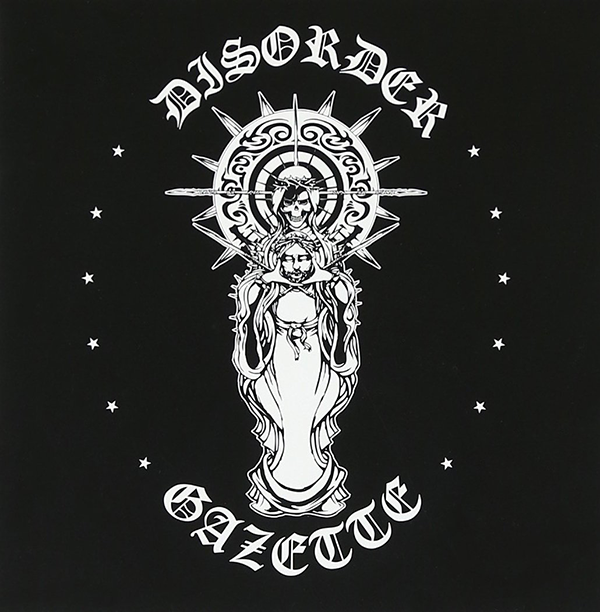 Romaji and English translation of the song さらば (Saraba) from the album DISORDER by the GazettE.

Today, blue skies and the usual beautiful weather of Japan grace this town that is the very picture of peace.
Black exhaust from planes [overhead], the sound of unceasing air raids.
Is this also how the peace of Japan will end?
We hear about the victims in foreign countries on the radio and the television
The journalists won’t tell us if we’re next
Faced with [the threat of] outsiders, the extremists appear without fail:
“War is inevitable,” they declare.
No matter how much time passes, the voices raised against war never get through
Tell me, why does mankind fight [each other] when we’re all the same?

Modern Japan has fallen into utter chaos because her people are so accustomed to peace
Now the government, the police, the schools, even families  are fighting each other
This isn’t a joke, so it needs to stop; or will things continue on this way until you crumble away and die, Japan?

Long ago, people gave their lives for their country without regrets
[Hopefully] someday the people living now will remember that.

Farewell. To all those who lost their lives protecting this land, Japan.
I’m proud to have been born in the same Japan [as you were]
You taught us through your own [sacrifice]
The senselessness, grief, pain, and death of war.
We’ll never forget it for as long as we live.
Thank you. Farewell, all those people who became the wind.
We will protect the sun’s circle.2
Farewell…